On the occasion of the Veterans’ Day on September 19, Rector Prof. Dr. Gülfettin Çelik and his entourage had a meeting with our University staff who are veterans and relatives of veterans.

On this significant day, our Rector delivered a speech, in which he said to our staff: “We are building the future together in our University. As Turkey, we have been in a serious struggle with countries and organizations set on us by national and foreign powers for about two centuries and our country has paid a high price in the process. For instance, during the Crimean War of 1854-1856, over six thousand people emigrated to our country and more than one million people died on the way.” Noting that our ancestors later experienced similar hardships and pains during the 1877-1878 Ottoman-Russian War, Balkan War, and the 1st World War and Turkish nation suffered from difficult conditions such as migration, exile, war, and terror throughout history, Our Rector said to our staff who are veterans and relatives of veterans: “We are a society of veterans and martyrs and thus constitute an exception in the world. You have also suffered from hardships and probably had painful experiences but you must feel a different kind of pride. For being a veteran or relative of a veteran is a reason for pride. As such, I believe that being with you gives a special meaning to Istanbul Medeniyet University.”

Vice-Rector Prof. Dr. Yaşar Bülbül said: “We are a veteran nation; all our ancestors were veterans. But you are one step ahead of us as close relatives of veterans and we envy you. And we take your opinions very seriously on how to promote our University as an institution of this country.” Secretary General Assoc. Prof. Faruk Bal stated that they are proud to be working with staff who are veterans and relatives of  veterans. The staff also expressed their ideas and feelings and were presented gifts on this occasion and the meeting ended with souvenir photo-taking. 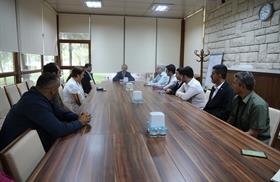 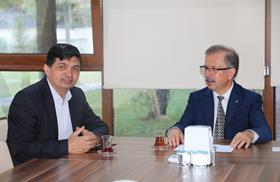 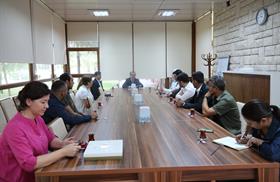 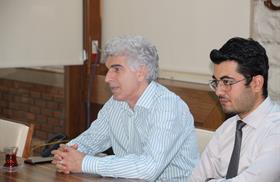 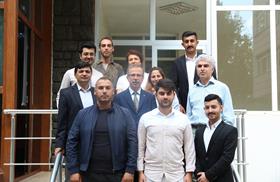