Our Faculty Members Presented TÜBA Awards by the President of Turkey

"TÜBA-TÜBİTAK Science Awards" ceremony was held at the Beştepe People's Convention and Culture Center on 30 December 2019 and attended by President Recep Tayyip Erdoğan and Minister of Industry and Technology Mustafa Varank. 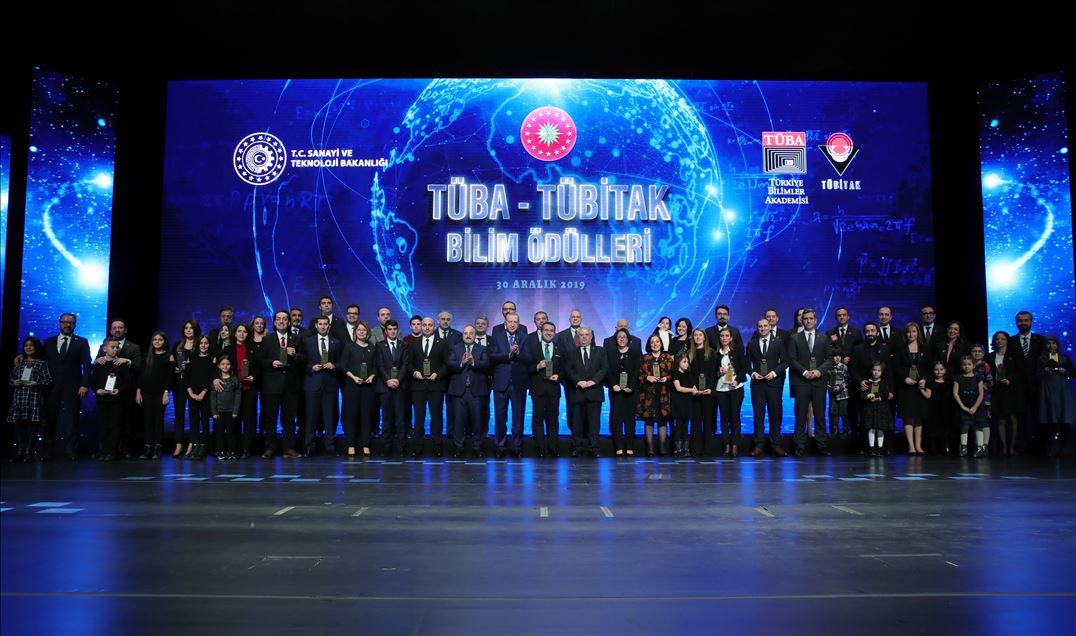 Speaking at the ceremony, Prof. Dr. Hasan Mandal, President of the Scientific and Technological Research Council of Turkey (TÜBİTAK), said: "We are going to continue working strenuously in the coming days to realize our country’s objectives for 2023 and after as a pioneering institution in Turkey’s national technology initiative and technology-centered transformation with groundbreaking scientific progress.”

Prof. Dr. Muzaffer Şeker, President of the Turkish Academy of Sciences (TÜBA), noted that the youth is encouraged to conduct scientific studies thanks to the increasing funds for scientific research and said: "Raising our country’s welfare level and realizing our objectives for the years 2053 and 2071 devised under the leadership of higher authorities as part of the vision for the hundredth anniversary of our Republic can only be possible through the efforts endeavors of the qualified workforce and young scientists we will train for the future." 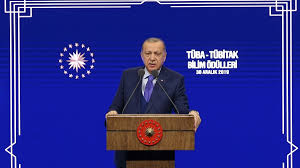 In his opening remarks, President Recep Tayyip Erdoğan congratulated the scientists who are entitled to the TÜBİTAK and TÜBA awards and said: “With such achievements, Turkey is taking firm steps towards its 2023 objectives. And these efforts will provide a basis for the 2053 and 2071 vision that we will be entrusting to younger generations.” He then commented on the awards as follows: “The awards we will be handing to our scientists here today is a recognition of their efforts. We are now taking the opportunity to commemorate Prof. Dr. Fuat Sezgin, our esteemed scholarship through an award created in his honor. This year, 57 of our scientists are being granted awards. Two scientists from the USA and Canada have won the “TÜBA International Academy Prizes”. And a total of five awards will be granted this year in honor of late Fuat Sezgin. All rewarded scholars have produced remarkable studies.”

President Erdoğan also commented on hot topics such as locally produced automobile and the opening of the Informatics Valley in his speech and announced the good news for scientific community that “the contributions to be paid to the EU by Turkey in 2020 amounting to about 80 million Euros will be used for our researchers." 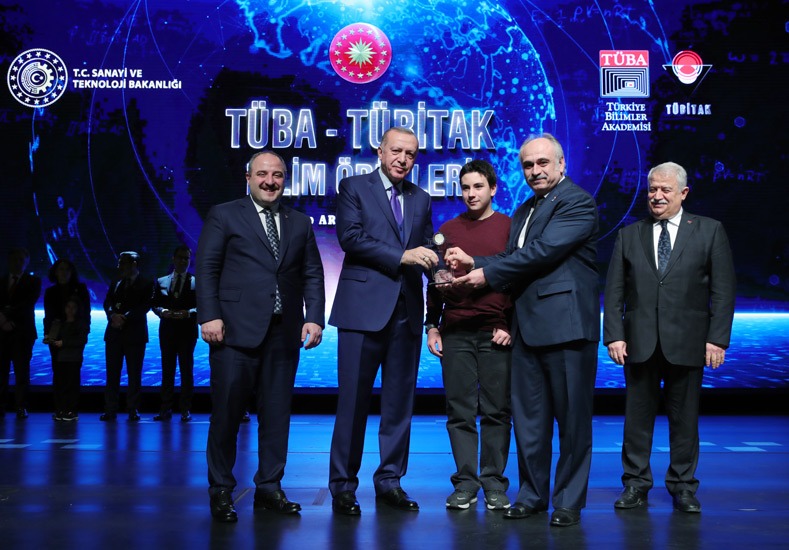 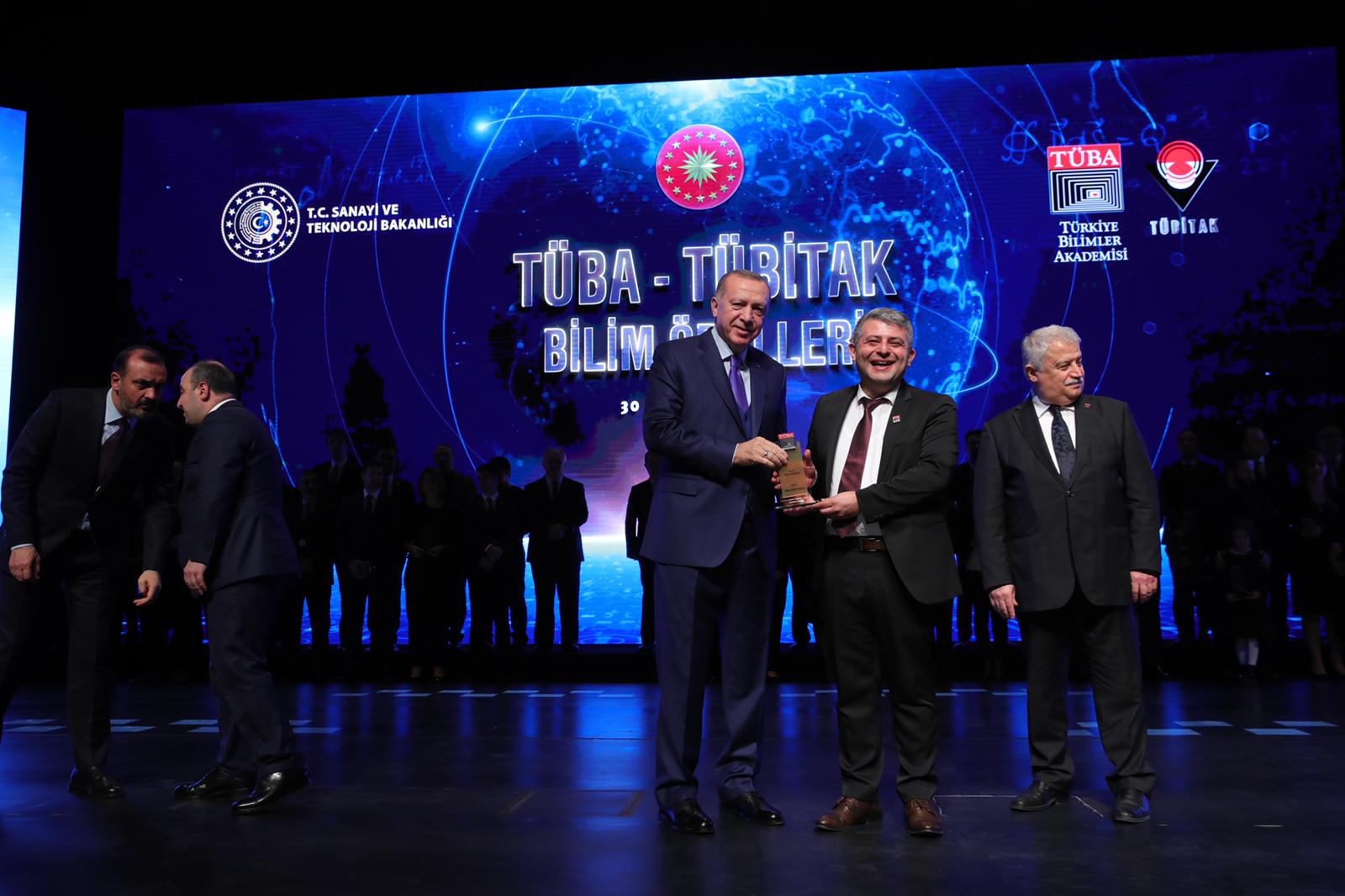 We extend our heartfelt congratulations to our faculty members who made us proud as a University by receiving these significant awards for their outstanding success personally from our President and wish them increasing and continued success. 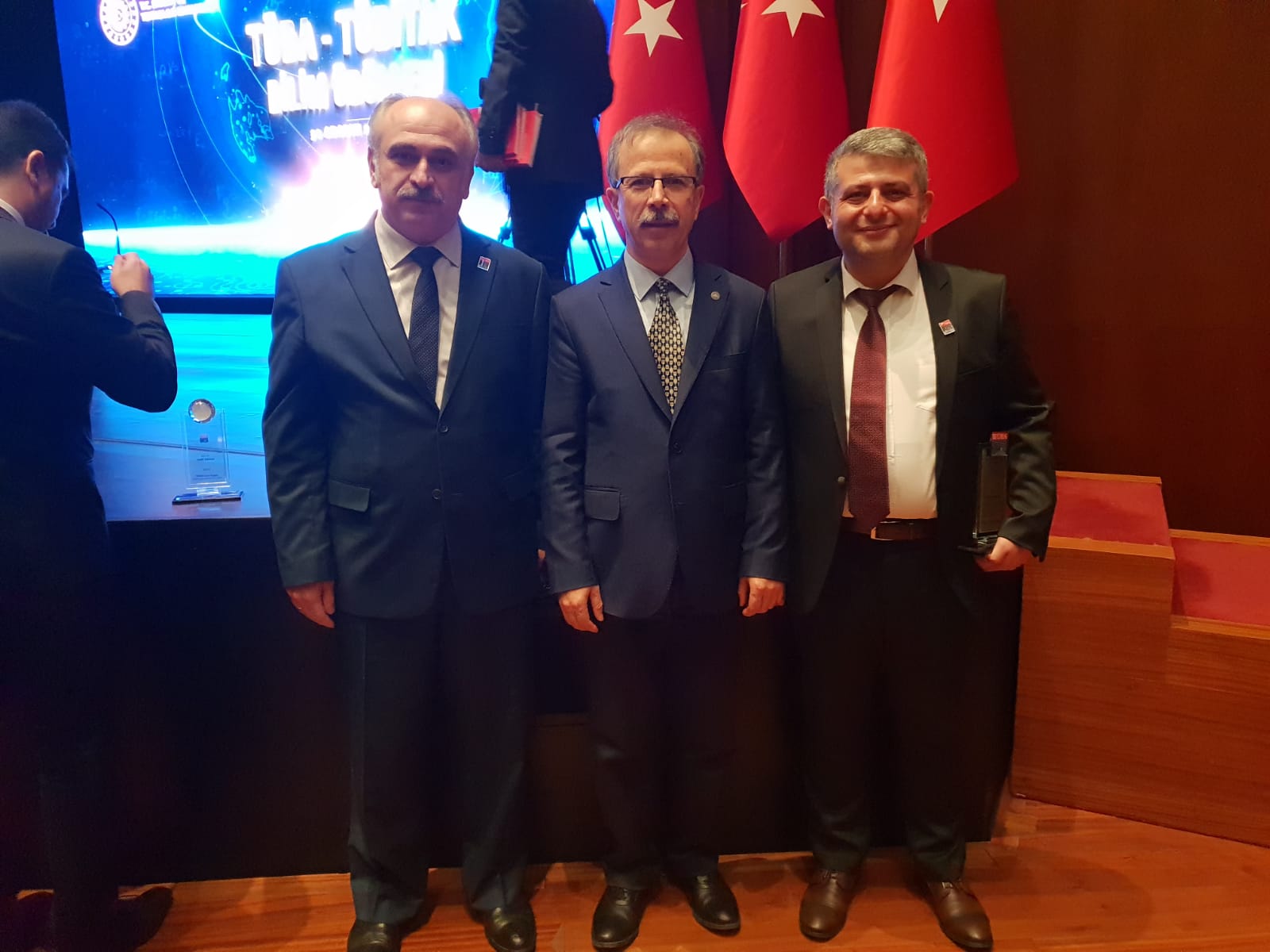